Nowadays it is really common to found 3d libraries based in photoscanned objects. What does it really means? Photoscanning or Photogrammetry is basically a technique that uses a range of images of an object taken from different angles, the main goal in this process is to cover the maximum surface of the object.  After the photo capture a software processes all the images and creates a dense cloud which then is used to built a mesh with its corresponding textures.

The result mesh can be used in different applications like for example in video Games or in CGI productions, it can be also used as a base to create quad optimized meshes from a real object. It is also a good way for showing museum virtual pieces with a lot of detail  in 360 VR.

In Sketchfab  is it possible to find a lot of models that have been crated by museums all around the world. This Buddha has been create by DISTOPIC to test the pipeline in photogrammetry using Agisoft Metashape. Hope you like it!

Buddha Figure by gtb_distopic on Sketchfab

This video has been created with the Buddha photoscanned model, the smoke was simulated using Chaos Phoenix . Rendered in Corona Render for 3DSMax. 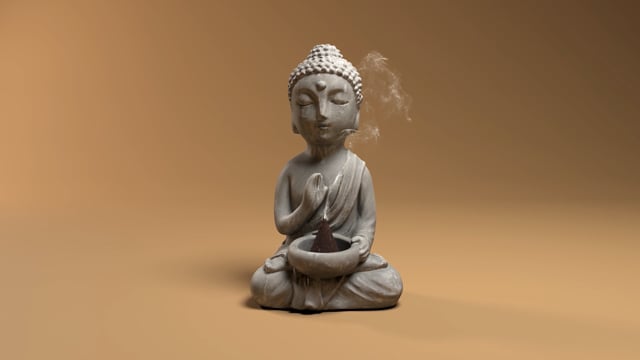 3D, 3dgeneralist, animation, archviz, cgi, motion graphics, render, vfx
We use cookies on our website to give you the most relevant experience by remembering your preferences and repeat visits. By clicking “Accept All”, you consent to the use of ALL the cookies. However, you may visit "Cookie Settings" to provide a controlled consent.
Cookie SettingsAccept All
Manage consent

This website uses cookies to improve your experience while you navigate through the website. Out of these, the cookies that are categorized as necessary are stored on your browser as they are essential for the working of basic functionalities of the website. We also use third-party cookies that help us analyze and understand how you use this website. These cookies will be stored in your browser only with your consent. You also have the option to opt-out of these cookies. But opting out of some of these cookies may affect your browsing experience.
Necessary Always Enabled
Necessary cookies are absolutely essential for the website to function properly. These cookies ensure basic functionalities and security features of the website, anonymously.
Functional
Functional cookies help to perform certain functionalities like sharing the content of the website on social media platforms, collect feedbacks, and other third-party features.
Performance
Performance cookies are used to understand and analyze the key performance indexes of the website which helps in delivering a better user experience for the visitors.
Analytics
Analytical cookies are used to understand how visitors interact with the website. These cookies help provide information on metrics the number of visitors, bounce rate, traffic source, etc.
Advertisement
Advertisement cookies are used to provide visitors with relevant ads and marketing campaigns. These cookies track visitors across websites and collect information to provide customized ads.
Others
Other uncategorized cookies are those that are being analyzed and have not been classified into a category as yet.
SAVE & ACCEPT
error: Content is protected !!